This month marks the start of my fifth anniversary in Paris and I begin my sixth year in Europe.  It feels so trite to note this, but how, oh how, does time seem to pass so quickly? When you are in your day to day, everything feels so normal and well, sometimes, boring.  But when you stop, take a moment to be mindful and step outside of yourself, you realize the whirlwind you are living.

I was in the US for nearly an entire month this year.  It was a good time to go back and reimmerse myself in America.  I have changed.  I no longer snap back into being an American 90 minutes after my flight lands.  Things shock me - things that used to seem so normal to me.  People think I ask weird questions, like "Do you take credit card?" One guy even said to me, "Ma'am, whoever doesn't take a credit card is just plain stupid."  Weirdly, this abrupt retort even seems almost more rude to me than the standard and infuriating Parisian response of indifference, "Ce n'est pas possible...It's just not possible."  Some people think I even have an accent.  I probably do.  I can't find my words in English sometimes, some of my English is British and I do that annoying thing where I pronounce French words with, well, a proper French accent.  (I do apologize for the latter, I'm really sorry to be such a wanker about that.)

That's not to say that I prefer one over the other.  Like anywhere, there are things I despise about living here.  I don't want to uphold the romantic thought that everything is magical and my life is a dream because I live in Paris.  Sometimes, I come home crying after a day of Paris all up in my face. It can be tiring.  All of my problems are the same as yours, its just that sometimes, they play themselves out in somewhere more scenic than the suburban home of my childhood.  The backdrop of Haussmannian architecture and fresh baguette wafting in the air tends to make things more dramatic and even cinematic, I suppose. But I assure you, the problems and the feelings are all the same.

But, as the saying goes, we always want what we don't have, and if there is one thing I've learned after all of my time to and fro, is that life is life anywhere and being happy is a choice.  You can analyze a decision front to back, up and down and from every angle and sometimes, you just have to stop thinking about it and live.  Or alternatively, just throw yourself into it and live - both options are totally viable as long as the mulling phase stops at some point.

Living in Europe has helped me appreciate all parts of my life more.  I go home and see Colorado with new eyes, especially the sky and summer nights.  There is something about them that I have not found anywhere else. (And I miss summer BBQs, by the way - a lot.)  I appreciate things in my friends that I never saw before.  I've embraced the fact that I'm not only Polish, I'm also incredibly American in my state of mind.

And in the end, time passes and life churns, moving along as it does for everybody.  My story turns and turns, while I imagine all the stories that played out here on these enchanting streets, well before my life, and those that will turn well after my life.  This is the magic of Paris (and Europe) that makes me enjoy it so much.  It's the romantic in me, the author/blogger that types away on her Mac sitting in a spot where a century before, another author penned notes that would one day be transformed into a classic novel that sits on everyone's bookshelf.

Will there be 5 more years?  I don't know, dear friends, I just don't know.  I'm going to live and be happy and see where the cobblestoned path takes me as bits of the buttery, flaky croissant I treat myself to every so often fall onto it. (I'm leaving a trail of deliciousness so you can always find me.) For now, I leave you with some of my best European moments over the last five years and the promise to keep writing and sharing it all with you.  Hugs and bisous (kisses in French, they're not big on hugs.) 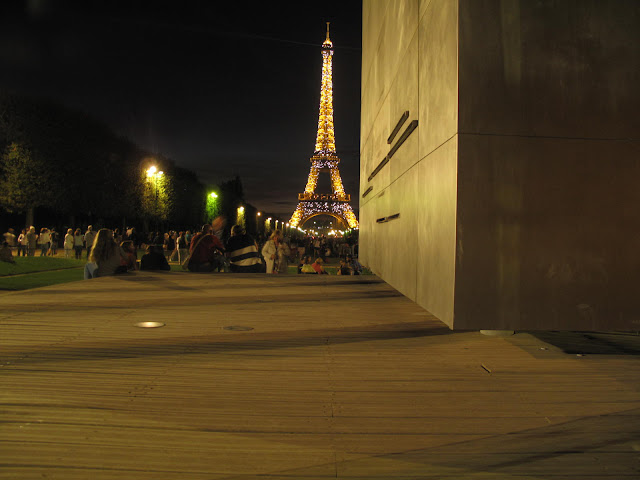